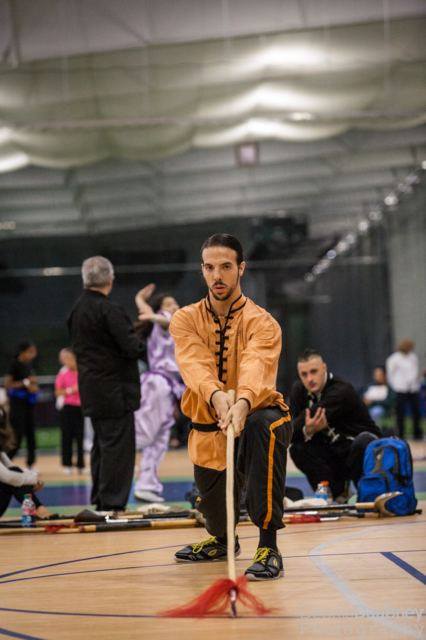 He teaches the Hua Quan System of Kung Fu and Yang Style Tai Chi. His instructor is Sifu Gary Lachapelle.

Sihing Eliot Prisby started his martial arts career learning karate as a child in 1994, and has been training ever since. He attained the rank of first degree black sash from Sifu Gary LaChapelle in Huaquan Kung Fu in July 2013. Additionally, he has a second degree black belt in I.T.F. Tae Kwon Do, a first degree black belt in Isshin Ryu Karate, and experience in several other martial arts styles, including Kali Silat, Judo, Iaijutsu, Ninjutsu, and Systema. He has won medals in several international martial arts tournaments.

Sihing Eliot has a natural gift for working with children and teaching them the basics of martial arts, including: courtesy, integrity, perseverance, discipline, respect, and the importance of developing oneself while having fun!

He has trained adults for many years and has earned their respect and loyalty through his leadership, his perspective, and his unremitted desire to share his knowledge.

As a medical assistant and professional photographer, he has developed a talent for taking care of people and providing excellent service to his students and their families, and is excited to share his experience and his passion for the martial arts with his community.